How to Avoid Sales Landmines with Personality AI

Remember the sales call which seemed to be going well until you said something and it all immediately went downhill?

That seemingly inconspicuous thing was a big, glaring, red flag, instantly changing the course of your meeting and sending all your efforts down the drain. Those are what we call Sales Landmines! As salespeople we are supposed to be relentless and we will continue to be, but even we know, there’s no sunshine at the end of the tunnel here – total devastation!  Unlike objections or even disinterest, there’s no recovering from a sales landmine. Once it’s done, it’s done

Hence, it is non-negotiable that we tiptoe our way across such landmines throughout the sales journey.

For a long time, we have tried to avoid these situations. The problem? We relied on our own intuition. We take an approach that we feel is right for our buyers instead of actually studying them and making an effort to understand what makes them tick. And for a long time, that was alright… because as salespeople, that’s really all we had. However, today, things are a little different: tools like Humantic AI have made it super-easy to understand a buyer’s personality with the click of a button.

Personality AI: the only way to avoid Sales Landmines

The easiest, and in fact, only way to avoid sales landmines is to pre-emptively understand what landmines one could expect from that particular buyer. Coincidentally, there’s a strong correlation between personality types and associated sales landmines.

Knowing what you should say to get your buyers attention is important, yes, but what’s doubly more important is knowing what you shouldn’t say to them i.e. the potential sales landmines.With personality AI, you get clear, actionable insights on your prospect’s (i) decision making traits, risk appetite and effective engagement techniques, among other things.

Luckily, Humantic’s Personality AI Assistant has you covered on that front as well.

In this post, we’ll break down how to identify potential sales landmines based on your buyer’s personality, and how to avoid them at all costs.

At the end of this post, you’ll find a nifty little cheat-sheet. But first, let’s walk through an example.

Let’s say that I’m selling an automated payroll management platform to David. So far, I’ve had a moderately successful discovery call with him, and we’ve now set up a follow-up call to explore next steps.

Now, things seem to be going well… I decide to give my platform an ounce of credibility by offering some relevant social proof. I say

“You know, David, I was speaking to someone from my team who manages our LatAm sales, and guess what – Joel, your partner-in-crime from your OpenDNS days, apparently has great things to say about us. He’s been using our platform for 2 years now and he’s super happy with it. What do you think – should I facilitate a reunion before we get on our next call? Maybe it’ll add to your product conviction.”

Immediately, I could sense the tides turning against me. I could feel David’s inquisitive nature turning stoic. What could I have possibly done wrong? I was just being friendly!

Now that would have been a good approach to use on a buyer with an I-type personality, but well… what was David’s personality anyway?

As an afterthought, I look him up on Humantic AI. And – surprise, surprise – this is what it says: reading between the lines comes naturally to them.

And that’s how I could have lost a potential $50k deal. And that’s why personality insights can’t be an afterthought 🙂

David is an objective, goal-oriented leader. In my approach, I would have come off as “way too friendly,” which DS personality types typically don’t respond to well. He would have assumed that the product I’m selling doesn’t have much inherent value to it, and that’s why I’m instead relying on relationships to sell it.

Let’s say I make a sales pitch by taking an extremely detailed approach, getting into the nitty gritties, going as far as looping in a technical specialist to walk them through the algorithms behind the product’s functionality. Catherine, after doing a fair bit of her own research, would probably come back and say “this sounds useful, we’re ready to sign up.”

However, with Douglas, the very same approach would turn out to be a sales landmine. As a pure D-type buyer, he wouldn’t want to analyze why a product works, he’d just want to know if it works. D-type buyers are averse to extremely analytical and calculative approaches, and they usually find such ‘invented answers’ to be a waste of time. D-type buyers have the innate ability to figure anything out, so it seems unnecessary and even a little suspicious when you walk them through how to figure things out – in extreme detail.

A startup fanatic at heart, Vivek is a SaaS writer and a passionate marketer. He believes in the power of technology and claims that words when put right can help any brand prosper organically.

How to Handle Sales Objections with Personality AI 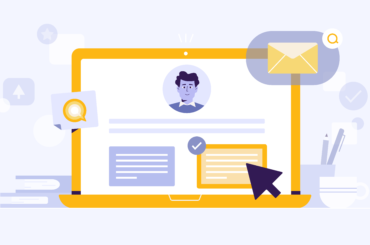 How to Choose The Right Closing Technique with Personality AI